A venture capital and acceleration network

Genesys Partners, Inc. is an investment banking, venture capital and development company that specializes in the digital information technology industry. Genesys acts like a merchant bank and accelerator for its portfolio companies: It helps jump-start young companies to make the crucial transition from angel-funded to venture-backed operations. Genesys follows a hands-on strategy to help build its portfolio companies. 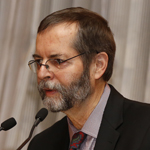 He was founder and CEO of EIC/Intelligence, one of the industry's first database publishers, sold to Reed Elsevier in 1988. EIC pioneered online systems in high tech markets from environment, energy, to biotech, artificial intelligence and telecommunications. Jim is one of the pioneers of the digital information industry who helped build the Information Industry Assn., (now SIIA) which named him their first "Entrepreneur of the Year" in 1987. Jim was awarded this year's SIIA Peter Jackson Innovation Award which honors the late Thomson Reuters chief scientist, and his profound impact on the B2B publishing industry.

He is a graduate of Boston University's College of Communications and the U.S.Army Signal School and has served as a board member of numerous ventures. 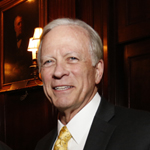 Joe Rhyne has more than 25 years of experience in the electronic publishing and allied industries. His most recent position was the senior vice president of technology for The Thomson Corporation where he was chairman of the Thomson chief technology officer council, and was responsible for organizing technology efforts throughout Thomson.

Mr. Rhyne served in the United States Army for five years, with three years working in project management for the development of tactical command and control systems. He has a BS in Engineering from the United States Military Academy, an MS in Computer Science from Fairleigh Dickinson University and an MBA from the Harvard Business School (Baker Scholar).

We help shape creative business strategies for success in the most competitive marketplace in the world--the Internet-based information industry. We sharpen the vision, and help in the early heavy lifting; in a very hands-on way. In today's tough marketplace nothing counts more than customers and sales. Smart strategy and creative execution are the essence of successful deals.

We specialize in the sale or roll-up of ventures with logical strategic partners, from locating the right partner, to negotiating the deal. We focus on a space where many larger investment banks are not effective. We are the net difference for small companies with big ideas.